I recently went back to my home land, Northern Ireland to ride the Newry 3 day stage race. It was a chance to race with my younger brother John and other whom I’ve raced with and known for years and compete in one of the most popular races on the Irish calendar.

This was the 31st running of the race. I rode the first 2 as a junior way back in 1986 and 1987 both years finishing 4th and 7th respectively. 1986 was won By Andrew Moss who went on to win Tour of Ireland stages and became one the very best road riders in the early 90’s in Ireland. 1987 was won by Conor Henry who went on the win the famous British Milk Race in 1992 and had professional trials with TVM before reverting to normal life and a job. Last year 2017 saw Ben Walsh win it and he just this year rode the Tour De Yorkshire for the UK Viner team. Needless to say most who won this race went on the be great bike riders.

114 riders took the line. I was riding for a composite team so didn’t actually know my team mates before all this. The stage was flat out. 3 laps up and down the Warrenpoint duel carriageway and the AVG speed was almost 29MPH. at the end of the 3rd lap it turned left then right and straight onto the climb. The Juniors went from the bottom and I had managed my only goal of the stage which was to be top 10 hitting the bottom. 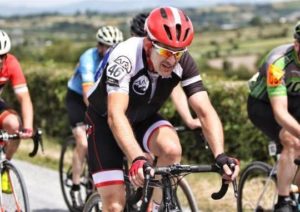 I started to drift about 200 meters from the top but had done enough to stay with the front 30 or so riders with 3 other groups forming behind. Unfortunately an accident with a car and motor cycle on the finishing circuit caused the race to be neutralized so after all that effort everyone was given the same time. At least the legs felt decent.

Stage 2 – 80 miles, hills and more hills in the Mourne district. 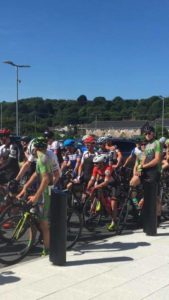 Was concerned about this stage, it was almost double the distance I would normally ride now and with the hilly terrain meant I would have to really use my head and experience to conserve as much as possible early on. The stage started again flat out. 3 laps of a rolling circuit before heading of for the final 40 miles in the hills. Early break went and off coarse the mandatory mad crash which saw about 15 riders hit the road, my brother was one of them and I just about got the brakes on time. Brother made it back on, many didn’t as the chase behind was too hard. AVG speed as we left the circuits and into the hills was 27.6MPH.

With roughly 30 miles to go we went up Rathfriland hill. it’s close to 15% and about 500 meters and at the top I felt the first twinge of cramp. I was still in what was the remains of the bunch with 7 riders ahead. The next 2 climbs, Reed Hall and Santas Cottage were longer but less steep and it was with constant adjusting position and gearing that I managed to keep the cramps at bay. Rolling in to the finish and we again had to go up Rathfriland hill to finish on the top. Going into it with 500 meters to go I was in the group going for about 12th position. I finished 60th losing over 1 minute to that 12 place rider! Yep the legs both cramped and I barely got myself up that hill and over the line! Only consolation is that I wasn’t the only one feeling that way! Final AVG speed for the 80 miles was 25.4MPH.

Final stage, I had gone to bed at 9pm the night before and slept like a baby. The stage was around county Armagh and lots of repetitive short sharp hills. I felt really good early on and was staying up front out of trouble. Disaster hit about 20 miles in with a puncture, got a wheels change jumped on and bang the front wheel went as well! Lucky for me the service car still hadn’t passed me so I got another wheel. By this point the cavalcade had gone so neutral service paced me back up to the last car ( car number 28 ) and I began what was about 15 miles of a battle to make my way up through the cars into the bunch who were not hanging about because no groups had managed to get away yet. I got back on just before we turned left in a little town called Richill and that was where the hard hills started. I never really recovered and with 20 miles to go the legs went on one of those little climbs. 2 riders came up to me and we rode to the finish picking up riders along the way. I ended up losing 17 minutes on the stage winner but was happy to finish the race and In a sick kind of way I really enjoyed it. I didn’t realise until after but my brother had also blown and he finished only 2 minutes ahead of me on the last stage.

So another Junior won the race overall..no doubt we will see his name in the next year or 3 …watch out for the name “ Adam Ward”

Now to look forward to the 32nd edition next year! 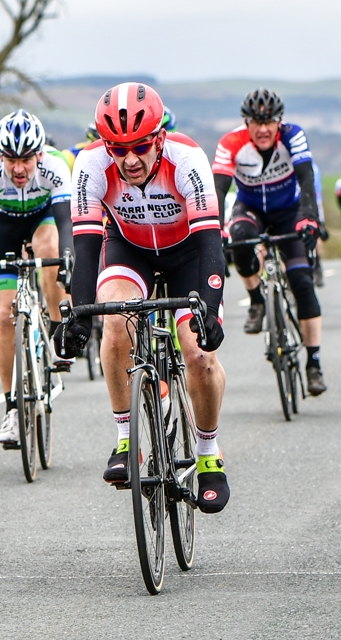