On the 27th January at Lymn Hotel, Warrington Road Club held their 94th Annual Dinner and Presentation Award evening in honour of the celebrating the previous years riders achievements, but also the year in general for the club. 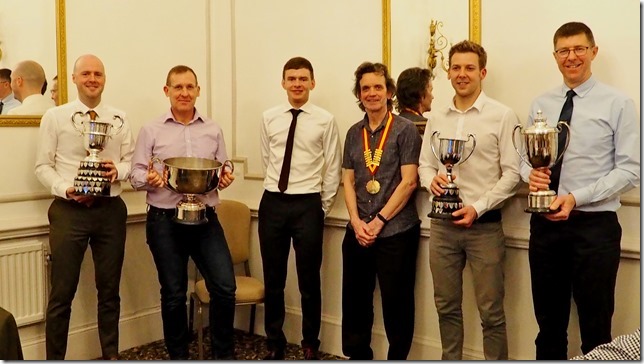 The Club were honoured with the presence of Lowton born Pro Rider Richard Handley currently riding for UK Pro Team Madison Genesis as well as our Club President Glen Longland and Chairman Trevor Horton.  Great start to the year this weekend, our 94th Annual Dinner and Prize Presentation evening on Saturday followed by the Cycling Weekly ride for the programme in the Comic featuring our club in the next couple of weeks.

The Meadowcroft Trophy, the highest number of points gained in open road races was Paul Gibson after a succesful year finishing in the top 6 places in nearly all of his races.