Matt Gibson, 20 from Lymn, Warrington returned to the racing circuit this year in pure style this last week as he was crowned the HSBC 2017 UK National Crit Champion. 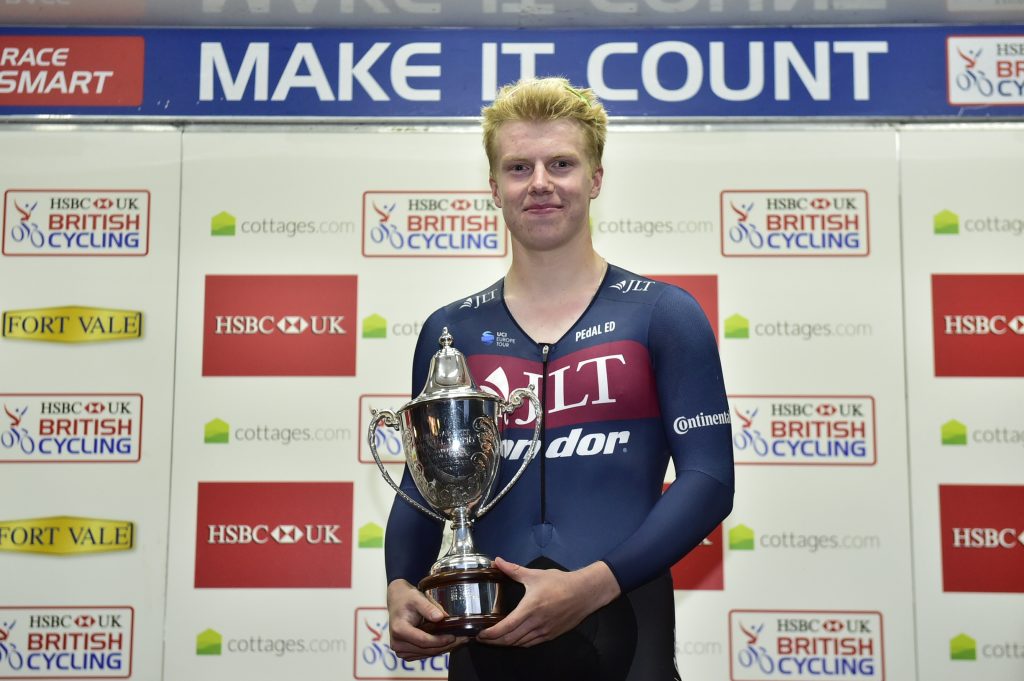 Formerly a Warrington Road Club rider, Matt has moved up the ranks through the years and became part of the 2015 British Team with Bradley Wiggins, Owain Doull and Steven Burke for that years Track World Cup. Although a couple of years of bad luck that had held Matt back, in 2017 Matt signed for Pro UK Team JLT Condor in 2017 and is back competing at the highest level again.

Matt sealed the victory on the final stage finishing 2nd in the final event in closed circuit event in Colne, Lancashire.  When combined with four other podium places and no finish outside the top five in the whole series, Matt was crowned UK Champion, ” It feels great to take the title and prove to myself I’m back from nearly two years away from racing.” confirmed Matt shortly after being crowned winner after the final race this week.

**This is the full report submitted to the Warrington Guardian.